Charlotte Johnson is the principal of the School, She also Teaches Most of the classes and organises all the events, shows, exams and festivals that the students of the school take part in.

Charlotte started dancing at the age of 4 at the Tanwood school of dancing, then began singing with Janice Thompson at the age of 10 and also Drama with Swindon Young Actors at the age of 11. She carried on Training until the age of 17 then began teaching and choreographing aswell as performing. She then attended the Judith Hockaday Dance College where she started her ISTD Teaching qualifications, and also gained a diploma in Musical Theatre with the London College of Music.

Charlotte has performed all over the country including in shows at the Peacock Theatre in London, Her Majestys Theatre in London and also the Queen Elizabeth Hall in London. She has choreographed Numerous shows including a production of 'Hairspray' and also a workshop version of 'Blood Brothers' as well as a lot of other variety shows and Cabarets. She also starred in the channel 4 series 'Teachers', episodes of Casualty and took part in a documentary about young dancers at Tanwood School for HTV entitled 'Dancing School'. She now also choreographs for the Janice Thompson performance trust

She very much enjoys running and teaching at her dance school and loves all of the unique personalities and talent that comes through.

Unfortunately the COVID-19 situation has effected how we run our school. We are currently running onlie classes, streaming them via Zoom and Instagram. Our doors may be closed but our Laptops (and living rooms) are open!

So far classes are proving very successful. Ennrolment is closed for the Summer term,  however we have opened enrolment for autumn term, please contact us if you are interested in classes. 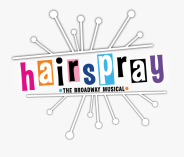 This year, we are planning on doing another Show in a week. If the COVID-19 situation has eased we are looking to do Hairspray from 27th-31st July, cost for this is £90 for the week (we can work out a day rate if you are unable to make the whole week) 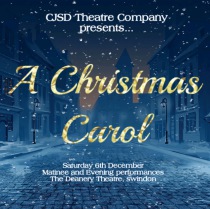